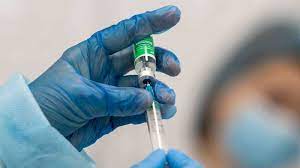 India’s coronavirus cases is hitting record levels with over 4 lakh cases in a single day on 2nd May. About 3000 COVID 19 patient deaths each day is recorded by the same day. It is the need of the hour to provide sufficient vaccines to the states and center so that maximum people get vaccinated on time. Several states in India are running out of vaccines against COVID-19, exacerbating a dire second wave of infections that has left hospitals and morgues overflowing while families scramble for increasingly scarce medicines and oxygen. From last few days, India has gone from declaring victory over COVID-19 to suffering its gravest emergency. Other countries, National and International firms are coming forward to help our nation during this second wave crisis. India is in devastated condition, it is very important to overcome the challenges related to vaccines and complete vaccination should be given to the population as soon as possible. People don’t have faith on vaccines, to overcome this, awareness programs should be given to the different areas and provide accessibility of vaccination for free in disadvantaged areas. This is the only solution to make the population safe & free from the adverse effects of COVID19.

India made a striking step forward in its fight against COVID 19, when people above the age of 18 became eligible to take vaccination from 1st May, 2021. But due to large population seeking for vaccine at the same time, India is facing vaccine shortage in several states. As per some research studies, when cases were relatively low in the month by the month of February, Indian government exported more than 60 million vaccine shots to helps many needy countries. Though the government was not prepared for second wave of deadly coronavirus. India currently is facing adequate storage of vaccines, large scale oxygen plants and other emergency medical equipment’s. There is a sign of relief to know that all of the major vaccines are effective against new variant of coronavirus which is highly contagious.
Medical Experts are state that the contagious variant of coronavirus may evolve, spread and possibly elude vaccines, if authoritarian decisions are made effective by the Indian government. According to experts, the one of the way to break the cycle is to provide enough vaccines to the population to surpass the devastating status.

Indian Government has approved two major vaccine Covishield and Covaxin for its citizen by approving it in January 2021. Both the vaccines have completed its third phase trial with 80-85% efficacy rate. These two vaccines are made available to the citizen of India from 21st January, 2021 for free at all government centers. Apart from these two vaccines, other vaccines are also available at different hospitals and centers but are paid. India id second largest populated country with about 1.36 billion people and vaccinating them is a big change. As per report until April, 2021 about 17 million of Indian have received their first dose and only 3 million people received second dose making it only 2.6% of total vaccinated population.  India is currently producing approx. 2 million vaccines a day and the number of vaccines being administered daily is 2.3 to 2.5 million. Technically, the production capacity falls below the daily requirement. The demand has increased three fold, while supply remains the same after the decision of vaccination which is opened to the additional population of 18+ age.

The Indian government did not acknowledged the increasing cases from mid-march leading to immediate shortage of vaccine. Initially the people of India were didn’t turned up for vaccination due to false news and whispers about the vaccines. But due to the second wave outbreak people are seeking the opportunity to the doses at the earliest. This major population seeking vaccine attention lead to pressure on government and manufacturer who were unaware of the coming outbreak. Due to this many vaccination centers are running out of vaccine. As per BBC report the authorities in the Mumbai stated that inoculation centers were closed for three days while Delhi government appealed the people not to crowd at vaccine centers for next few days. The pressure of providing vaccine at such large level is leading to threat the manufactures. The chief executive of Serum Institute Of India, the world’s largest vaccine manufacturer has come under increasingly intense pressure as both government bodies and leaders of the state governments criticized him for delays in vaccine supply. The CEO of Serum Institute of India in his tweet on 1st May stated that Covishield’s production is in full swing in Pune. According to The Hindu reports, The serum Institute of India, the makers of Covishield, looks to scale up production to 100 million doses per month soon. Bharat Biotech, the makers of Covaxin, is talking the production of 50-60 million doses per month. Some reports from government sources revealed a few million doses of the Russian vaccine Sputnik expected shortly.

The world is facing facing a strong pandemic and amid this the countries and respective governments are trying to eradicate it with all possible way. Vaccine is one of the possible solution but the country is yet not ready to face the 1.36 billion population. We as the citizen must try to help ourselves and government by taking small steps towards fighting the coronavirus. Many people are still not willing to take the vaccine, talk to them, teach them and help them learn the importance of vaccine. lets not havoc the situation by criticizing it but by managing it. The government must avail the vaccines doses at earliest for better safety of its citizens amid this COVID 19 pandemic.